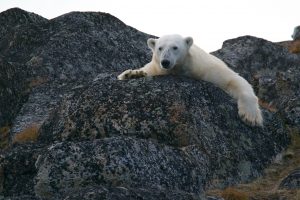 What holiday do you think of when February rolls around? President’s Day? Valentine’s Day? Sure, these are two of the better known holidays. There is one that is a bit closer to our hearts, though. It occurs on February 27th each and every year. Do you know what it is? International Polar Bear Day!

That’s right, our very own namesake has its very own holiday, though it may not be one that many people are familiar with. We think that’s a bit of a shame, which is why we are drawing attention to it and the polar bears it celebrates. With Earth Day 2017 right around the corner, we figured the timing is right to divert our attention to our furry white friends.

How Do You Celebrate Earth Day?

We understand you may not be throwing a big Earth Day party. Still, with all of the issues facing our environment today, having a bit of awareness about the challenges ahead is important. Regardless of one’s political leanings or feelings about environmental regulations, the fact is that we all share this Earth as our home. If nothing else, we recommend that you get out this Earth Day, take a stroll, and enjoy what is hopefully some pleasant spring weather!

Earth day occurs each year on April 22nd and celebrates the modern environmental movement that started back in 1970. The early 1970s was a tumultuous time in the country, and the environment became a major point of concern along with issues such as the Vietnam War and social change. Following the 1969 oil spill in Santa Barbara, CA, U.S. senator from Wisconsin Gaylord Nelson came up with the idea for a national day to focus on the environment. The rest, as they say, is history.

No, we are not transforming our business into an international conglomerate. Polar Bears International is an organization made up of conservationists, scientists, and volunteers all working to help keep the future bright for the polar bears in the Arctic.

It is widely accepted in the scientific community that warming temperatures across the globe are having a major impact on the sea ice that polar bears depend on. PBI is working to help inspire people about protecting the Arctic and to protect the habitat polar bears require. You can learn more about the organization here.

Regardless of where you stand on issues of climate change, there’s no contesting just how endearing polar bears are. But did you know that: