How Can I Tell if My Circulator Pump Needs Repair?

Your boiler is the underdog of your household. There’s always plenty of warmth throughout your home on the coldest days of the year, and life keeps on moving. But there’s one element to your boiler that you might be having trouble with, and that’s the circulator pump.

As the unsung hero of your home’s warmth and coziness, your circulator pump is running constantly. Let’s find out if your pump is okay, or if you need circulator pump repair in Washington, DC as soon as possible.

END_OF_DOCUMENT_TOKEN_TO_BE_REPLACED

Tags: Boiler Repair, Washington DC
Posted in Home Savings | Comments Off on How Can I Tell if My Circulator Pump Needs Repair? 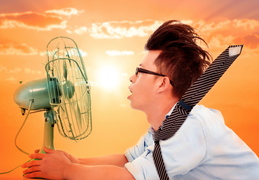 Now that we have made the move into June, the chill of winter is fading into memory. Before long, though, we will be right in the thick of it in terms of summer heat. If you are at the point when you need an AC installed in a new property, or if the time has just come to schedule an air conditioning replacement, we have a tip for you. Consider the use of a heat pump in Capitol Hill.

Heat pumps are not a new invention. They have, however, gained a lot of traction in the residential sector over the past few years. There are a few different reasons for this. One is the ongoing quest for energy efficiency–more on that later. The other is word of mouth. Modern heat pumps work more reliably than ever before, in all facets of their operation. That may sound mysterious, but read on and all will be revealed… END_OF_DOCUMENT_TOKEN_TO_BE_REPLACED

Cooling Your Home Efficiently (Without Replacing Your AC!)

We all want to live in great comfort, even when the temperature outside does soar. The problem is, though, that cooling your home simply does not come for free. If you are serious about living comfortably, you are going to have to pay to do so. That doesn’t mean that you have to resign yourself to exorbitant energy bills, though.

Read on for some helpful tips about simple ways in which you can boost energy efficiency. Be sure to contact us with any questions that you may have. Should you require any air conditioning services in Washington, D.C., we are the professionals to call.

END_OF_DOCUMENT_TOKEN_TO_BE_REPLACED

Tags: Air Conditioning, Washington D.C.
Posted in Home Savings | Comments Off on Cooling Your Home Efficiently (Without Replacing Your AC!)

In the following post, we offer a few tips to help you to determine if the time has come to replace your home cooling system. If you decide that it has, you can count on our staff to do the job right. Contact us with any questions that you may have.  END_OF_DOCUMENT_TOKEN_TO_BE_REPLACED

Air Conditioner FAQ: What Is an Evaporator Coil?

We understand that the average homeowner is not a professional air conditioning technician—after all, we probably wouldn’t be in business if this were the case. That being said, it is a good idea for homeowners to have some idea of the way in which their air conditioning systems actually work to cool their homes. You should never attempt to service your air conditioner on your own, of course, but it helps to have a basic working knowledge of your system, if only to recognize signs of trouble with its operation. The evaporator coil is one of the most important components in your air conditioner. END_OF_DOCUMENT_TOKEN_TO_BE_REPLACED

Tags: Air Conditioning, Washington D.C.
Posted in Home Savings | Comments Off on Air Conditioner FAQ: What Is an Evaporator Coil?

February 27 is International Polar Bear Day! Polar Bear Air Conditioning & Heating is teaming up with Polar Bears International to encourage our local community to take the Thermostat Challenge. Turn down your thermostat a degree or two and together we’ll make a big difference.

According to The Green Book, if every household in the U.S. adjusted their thermostat by one degree, it would save the amount of energy Iowa uses in one year! Other ways to significantly reduce CO2 emissions include using programmable thermostats and choosing high efficiency cooling and heating systems. Polar Bear Air Conditioning & Heating is a DC Sustainable Energy Utility (DCSEU) participating contractor, who can help you choose the most efficient HVAC system that will be the best fit for your home.

Why Is There Ice On My Air Conditioner?

Summers get very hot in the DC area, and they can last quite late into the season. Considering just how much we rely upon our air conditioning systems to keep us comfortable throughout the year, it only makes sense for homeowners to act quickly when trouble develops with their systems. Of course, doing so means that you must first recognize that there is a problem to begin with. One somewhat common issue is the development of ice on an air conditioning system. Because ACs are used to cool homes, though, homeowners may mistakenly believe that ice on their air conditioners in Washington, DC is not a big deal. This couldn’t be further from the truth, so remember to contact the technicians at Polar Bear Air Conditioning & Heating Inc. if you see ice creeping up on your AC. END_OF_DOCUMENT_TOKEN_TO_BE_REPLACED

The air ducts that you use in order to distribute heated and cooled air throughout your home are of the utmost importance. If your air ducts are not in the best condition possible, then there is just no way in which you can hope to heat and cool your living space in a successful manner. Unfortunately, there is no way in which to guarantee that your air ducts will stay in truly outstanding condition, or even that they started out that way. When you allow us to fabricate, install, maintain, and repair your air ducts in Georgetown, though, you can count on a truly great product and exceptional services from truly great technicians. Give Polar Bear Air Conditioning & Heating Inc., a call today to get started.  END_OF_DOCUMENT_TOKEN_TO_BE_REPLACED

Some of the Unusual Movies Released for Valentine’s Day

Hollywood has always tried to match movies up to the seasons to draw droves of viewers to the theaters: October is packed with fright-offerings, while the winter holidays skew toward warm and pleasing family films (as well as Oscar hopefuls). Valentine’s Day falls in an odd spot when it comes to the movie release calendar, however, since February tends to be a slower time for the film industry. The studios are as likely to slot strange movies that don’t fit anywhere else in their annual schedules into the Valentine’s Day weekend as they are films with powerful romantic appeal.

So, while the second weekend of February has featured hugely successful romantic comedies like Hitch, The Wedding Singer, and (of course) Valentine’s Day, some truly weird choices have debuted in this weekend as well. And a few have even gone on to tremendous success despite the bizarre match with the holiday. Here are a couple of the odder Valentine’s Day movie releases:

Whether you celebrate Valentine’s Day with a trip to the movie theater, or you have your own special plans, everyone here at Polar Bear Air Conditioning & Heating hopes you and your loved ones have a wonderful weekend.

Tags: Happy Valentines Day
Posted in Home Savings | Comments Off on Some of the Unusual Movies Released for Valentine’s Day

A boiler is a large unit often installed in the basement or in its own room or area for heating a home or business.

Boilers are quite effective at providing heat, as they distribute heat more evenly than forced-air units like furnaces and heat pumps and can be modified for zone control. Water is heated at the boiler and then makes its way through a series of pipes to allow convective and conductive heat into a room. But in order to do so, it must reach a terminal unit, which is selected by the homeowner and the technician during boiler installation.

Which type of terminal unit is chosen generally depends on your home and family’s needs and your budget. You should always speak with a technician before setting your sights on a particular type of terminal unit, but as a starting point, the following list contains a guide to a few of the most popular terminal units for hydronic heating systems.

The heating professionals at Polar Bear Air Conditioning & Heating Inc. know a thing or two about boiler installation in Northern Virginia. For quality installation, give us a call today!